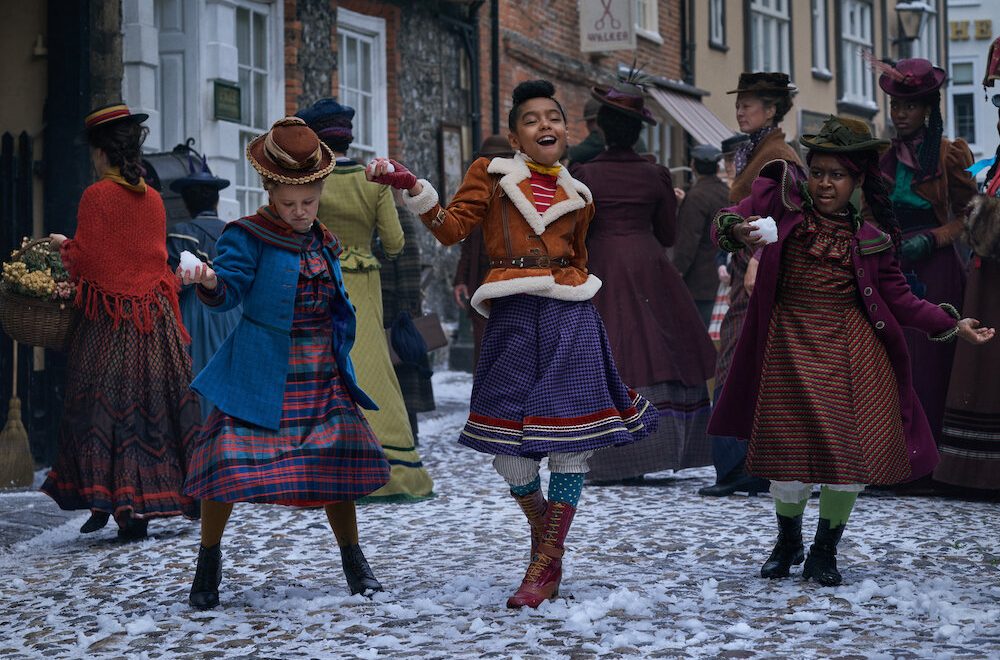 With Christmas on the horizon we look back at some of those productions that have been shot in Norfolk and generate some good old festive vibes. First up is the hit Netflix Film JINGLE JANGLE: A CHRISTMAS JOURNEY (2020) which stars the brilliant Forest Whitaker. This magical film is an American Christmas musical film written and directed by David E. Talbert. The film is set in an imaginary world that comes to life in a holiday tale of an eccentric toy maker, his adventurous granddaughter and a magical invention that has the power to change their lives forever. Focusing on its link to Norfolk, Norwich’s Elm Hill plays a key role in the film and it is fair to say it looks magnificent during the snowball fight.

The second film is DEAN SPANLEY (2008) which stars the late great Peter O’Toole. This film follows the an elderly, self-centred widower Horatio Fisk who cannot come to terms with his elder son’s death in the war and the subsequent demise of his grieving wife. His other son, the dedicated Henslowe, seeks to console him but can’t win his love. Norfolk provided the back drop to a few key scenes which used locations such as Norwich Cathedral and Elm Hill.

Whilst STARDUST (2007) is not a Christmas film it always graces our screen during the festive season. This film which famously uses Elm Hill, Norwich as the backdrop for a key scene with its lead Claire Danes. The story set in the 1800’s, follows the clumsy teenager Tristan Thorn who crosses the wall in the border of his town to the magic realm of Stormhold to bring a fallen star to his beloved Victoria, a spoiled girl that does not love him, but has promised to marry him if he accomplishes his promise.

Finally who could forget this beautiful BBC CHRISTMAS advert from 2018 which features the stunning Cromer Pier in all its glory. If there is one thing we know, Norfolk does Christmas well.

Visit our Filmed in Norfolk page to see more productions that have shot locally in the region, along with checking out our growing list of locations in the region.